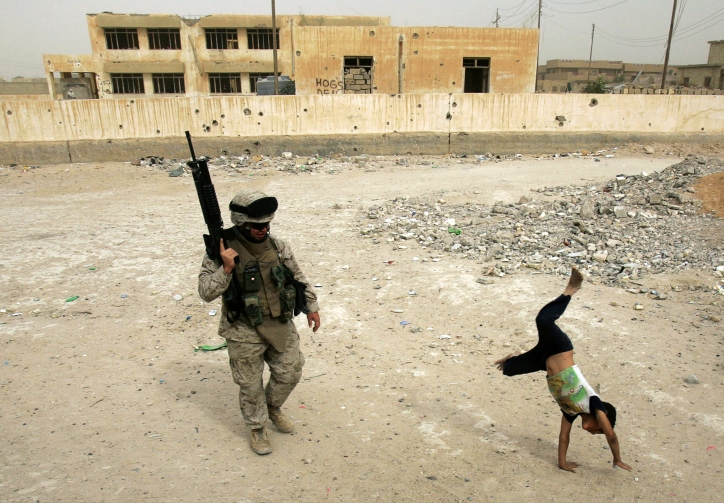 An Iraqi boy shows off near a US marine from the 6th Civil Affairs Group 2nd Marine Expeditionary Force (MEF) patrolling the southern part of the city of Fallujah, west of Baghdad 17 October 2005. More than 60 percent of the population returned to the city devastated by heavy combats between US marines and insurgents in November 2004. About 70 insurgents were killed in US air strikes in the Ramadi region of western Iraq, where five US and two Iraqi soldiers were killed in a weekend roadside bombing, the US military said today. AFP PHOTO/PATRICK BAZ / AFP / PATRICK BAZ

This site uses Akismet to reduce spam. Learn how your comment data is processed.